The following fictional short stories represent episodes of the life of a young man who moved to Missouri Town in the mid 19th century.  Please join us in reading about all his adventures.   Scroll to the bottom of this page to read past adventures.  PLEASE start reading at Episode 1.

From Episode 5: As we got there, Ruthie began to ask lots of questions about how I had been, what had I been doing, and sorts of other stuff. At this point I was kind of star struck, because she actually seemed to care about me. It was a great time and she really was intrigued by my leather goods, so I decided to present her with the leather necklace with the “white” arrowhead as a token of our friendship. She was elated because she had already noticed the black arrowhead necklace I was wearing. It was a very sweet time, but I knew it wouldn't last because I had to be getting back home.

Oh my, the time seemed to go by so fast, it was already late afternoon, and I needed to pack up my mule and head back home. So I gave Ruthie a warm embrace as she placed both arms around my neck and whispered a sweet “thank you for my necklace”. As I was leaving, I looked back and waved good bye to Ruthie and noticed that she was already wearing the white arrowhead necklace. It made me feel really good.

Meanwhile, I knew I had to make haste so as to get home before dark per my father's request. My mind would not quit thinking about the day, and all the things that happened. I was in some sort of euphoric mental high that caused me to smile and smile and smile. What does all this mean? Is this real or just “puppy love”. Time will tell but now is time to focus on getting home.

While I was gazing down the long road toward home, I saw in the distance what appeared to be a team of oxen pulling a wagon. As I got closer, I saw sitting on the wagon a small lady that was waving at me in a friendly fashion. So I stopped my mule as we approached to pass each other and she stopped as well and said: “Hello there young man, where are you headed? To which I answered: “I am heading back to my folks house”. She introduced herself and stated that her name was Linda, but most folks called her the “livestock lady”. I cordially said: “My name is Jake Stoneman and it is very nice to meet you but why do they call you the livestock lady”. She stated it was kind of a long story but it mostly dealt with how she loves taking care of animals, especially oxen. She loves the oxen because they represent both “peace and strength and a team works together well. Consequently, I had noticed that she was not at all intimidated handling those large oxen by herself. I also noticed that she had pet chicken sitting on the wagon bench with her, which she quickly introduced as “Dominique” because that was her breed (black and white). It was amazing to see a chicken sit still. I thought this is truly an amazing woman. I was intrigued.

While she continued to talk, I observed a very confident look in her face while having soothing blue eyes that somewhat reminded me of an older Ruthie. She wore a blue bonnet with white lace trim and black rudy working shoes. It was clear to me that Linda had a small frame but mighty in stature and was not afraid of hard work as reflected in her golden skin tone. Quite a nice lady.

I saw she had a extra large load of sugar cane in the wagon, so I asked her what she intended to do with it. She advised me that she was taking it to her house to make molasses to help make ends meet.

At about the same time, my mule decided that he was hungry and started eating the sugar cane. She then jokingly said: “Hey boy, can't you control that mule? He is eating up my profits”. I quickly jerked on the reins to minimize her losses and stated that I needed to be headed home as I saw the sun starting to get low in the sky. We parted our ways. I was thinking that I had wished I had more time to talk to the “livestock lady” and have her teach me about animals, especially how to control a mule!

After traveling about three more miles, I could see the smoke rising from my home place and was looking forward to sharing today's adventure with my family. Right at sunset, after putting my mule in the barn and giving him some food, I walked toward the house and began to smell the soothing aroma of fresh baked bread. I knew my mom and twin sisters had been doing some work in the kitchen. Then I saw my dad and he said “welcome back, son”. “How was your trip?” Oh, bye the way, did you....

Become a New Member or Re-New Your Membership NOW 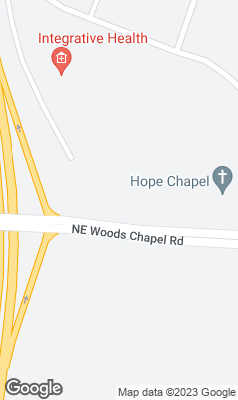